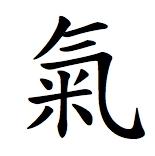 Most people wouldn’t think of Acupuncture in terms of Eastern and Western, but they are in fact very different. Acupuncture is thousands of years old and derives from Traditional Chinese Medicine which is what is also referred to as ‘Eastern’ Acupuncture.

It has only been in the last 50 years that Acupuncture has become more widely recognised as a treatment for a variety of ailments in the West. Here we will be exploring the distinct differences between Eastern and Western Acupuncture to help you understand their uses, benefits and how they work.

To understand Acupuncture, we must first look to the East, and more specifically to China, where Acupuncture is part of a wider philosophy within Traditional Chinese Medicine. Traditional Acupuncture is based on the belief that Qi (chi) is energy that circulates through the body, connecting vital organs and bodily functions. If this energy is blocked, problems within the body will occur and therefore it is through acupuncture that acupressure points can be stimulated to restore the flow of Qi, harmonising the body. Concepts such as Qi as well as Yin and Yang are all fundamental within Traditional Acupuncture as it is primarily a philosophical based medicine.

Western Acupuncture on the other hand works on a much more scientific and evidential basis, compared to the traditional acupuncture philosophies. As there is no physical basis in which to verify the connection between the ‘Eastern’ acu-points and an ailment, Western acupuncture chooses to reinterpret them. The Western models of the human anatomy are used alongside verified data and studies to determine how Acupuncture is used as a treatment. This means that unlike Traditional Acupuncture, the Western counterpart does not insert needles based on the philosophy of Qi flow. Many therefore believe Western Acupuncture to be a much safer treatment as it tends to be slightly more regulated. As such, practitioners are less willing to risk injuring the patient by inserting needles into traditional acu points. The principles they choose to focus on instead include the Gate Theory of Pain as well as stimulating the body’s natural opiates through needles.

Having said that, the training necessary to qualify in Western acupuncture is shorter and the bar for certification lower. For instance the AACP foundation course in acupuncture lasts six days. Compare this to training in Traditional Chinese medicine which tends to take one to three years.

So, what is the difference between Eastern and Western Acupuncture?

Put simply, the two differ in their teaching model with Eastern being philosophy based and Western using medical models and evidential diagnoses before treatment. Whilst both work in different ways, the principles are very similar with modern day acupuncture practitioners working to bring elements from each together to safely aid in restoring harmony in the body and helping individuals with a wide variety of ailments. Acupuncture is recognised as safe treatment that works well particularly when used in conjunction with conventional medicines. And, when carried out by a qualified practitioner, complications such a disease, tissue damage, infections etc. are extremely rare.

Are you interested in finding out more about the treatments we offer at Acupuncture That Works and how they can benefit your overall health and wellbeing? Don’t hesitate to get in touch with us today on 0800 051 76 88 or by completing our contact form!

You can find out more about which cookies we are using or switch them off in settings.

This website uses cookies so that we can provide you with the best user experience possible. Cookie information is stored in your browser and performs functions such as recognising you when you return to our website and helping our team to understand which sections of the website you find most interesting and useful.

Strictly Necessary Cookie should be enabled at all times so that we can save your preferences for cookie settings.

If you disable this cookie, we will not be able to save your preferences. This means that every time you visit this website you will need to enable or disable cookies again.